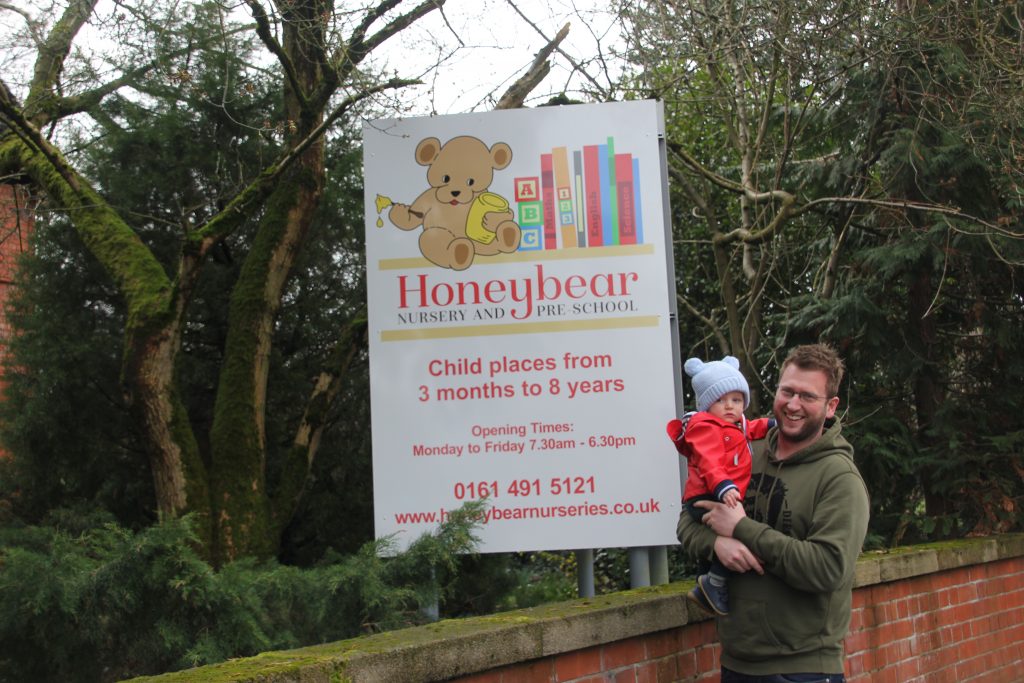 Honeybear Nursery & Pre-School, which this year celebrates 30 years, has welcomed the son of one of their first nursery children.

Michael commented: “to be honest I don’t recall much about my pre-school years.  However, my parents had always said that I had enjoyed my time at Honeybear Nursery, and it had really prepared me for primary school.  It was therefore a natural decision for us to enrol Charlie into the Honeybear Nursery locally.”

Bernadetta, Director of Honeybear Nursery & Pre-School commented: “Michael was one of the first children to attend our Nursery. So it’s a real testament to the homely environment and educational stimulus we provide in our Nurseries, that Michael decided to bring Charlie to our Gatley Nursery.”

Thirty years ago there was only one Honeybear Nursery; now there are three: Whalley Range, Gatley and Hale.  Despite the growth, the business remains independently owned, ensuring that the Nurseries focus on the overall wellbeing and education of each child.